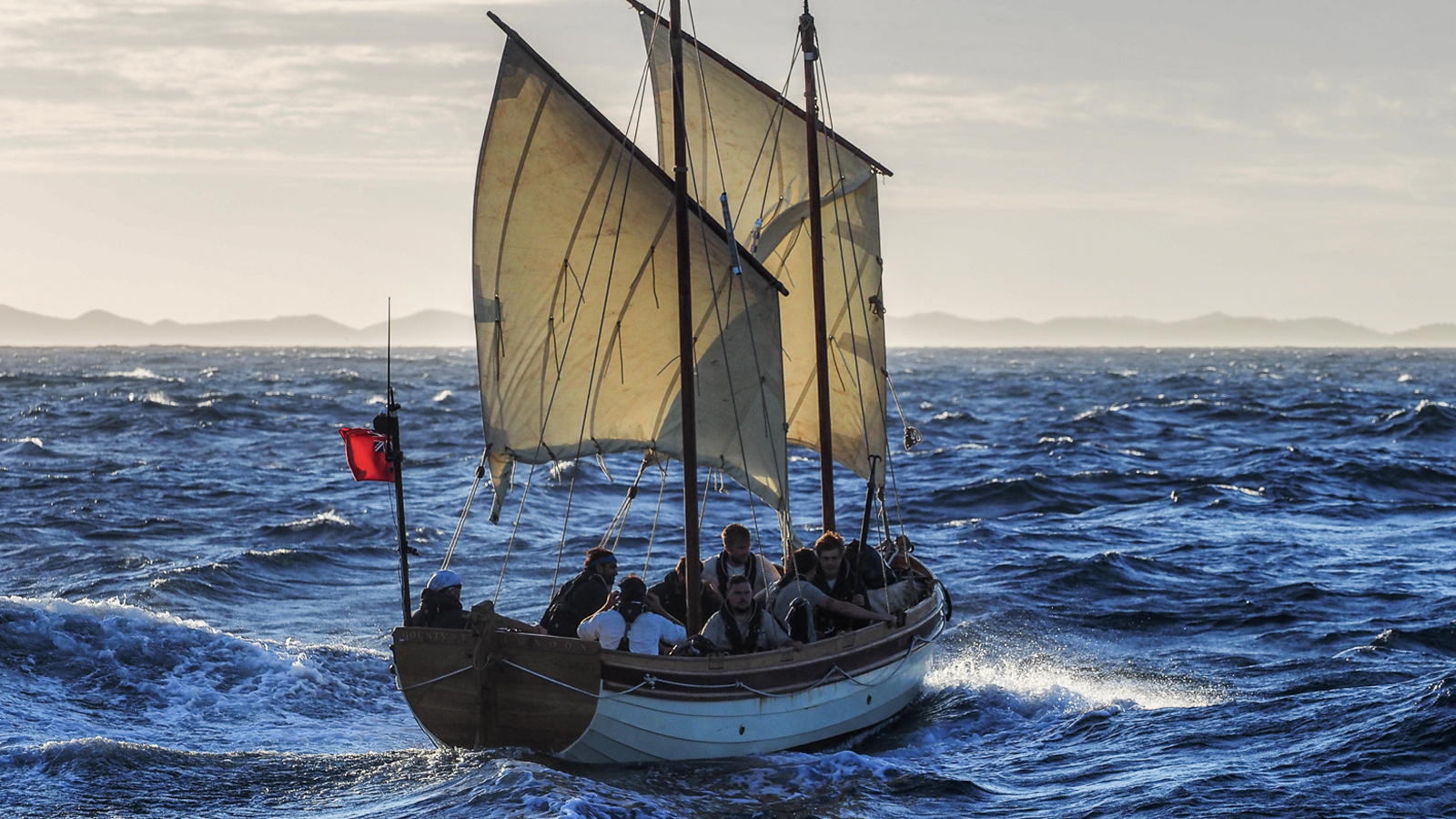 A tale of leadership, camaraderie, courage and humility on the high seas.

230 years ago, British navy ship HMS Bounty was sailing from Tahiti to the West Indies. During its 17 month voyage a poisonous rift developed between its crew and its young captain, William Bligh. In the middle of the South Pacific, rebellion broke out.

I am now to relate one of the worst acts of piracy ever committed – at dawn of day, several men came into my cabin and while I was asleep, seized and tied my hands behind my back and took the Bounty from me.

It would go down in history as the Mutiny on the Bounty. Captain Bligh and a handful of loyal men were forced into a tiny open boat and left to die. Instead they managed to navigate 4000 mies to safety, through some of the world’s most remote and unforgiving seas. It remains one of the greatest survival feats in British history.

Setting out to recreate the voyage, a crew of nine men made the journey in a replica 23ft wooden boat.

Using traditional navigation equipment and surviving off the same meagre rations as Bligh, a team of nine men led by SAS: Who Dares Wins frontman, Anthony Middleton were cast adrift 35 miles to the south of Tofua near the Kingdom of Tonga in a replica 23ft open keel-less boat. Their mission, to survive and safely navigate across 4000 miles of open ocean to Kupang, Timor and recreate one of the world’s greatest open boat voyages of British history.

British yachtsman, Conrad Humphreys who has circumnavigated the world three times, including the notorious Vendée Globe in 2004-5, was selected as the professional skipper of Bounty’s End and prepare the boat and crew for the 60 day Voyage. A veteran of the Southern Ocean, Conrad found himself facing his greatest challenge yet – a never-ending struggle on the high seas where extreme hunger, fatigue, illness, conflict and stormy seas threatened to engulf their tiny boat and end their hopes of reaching Timor safely, over 4000 miles away.

Mutiny is being produced by Windfall Films and broadcast by Channel 4 6th March 2017, 9pm

Channel 4 Interview with Conrad for Mutiny