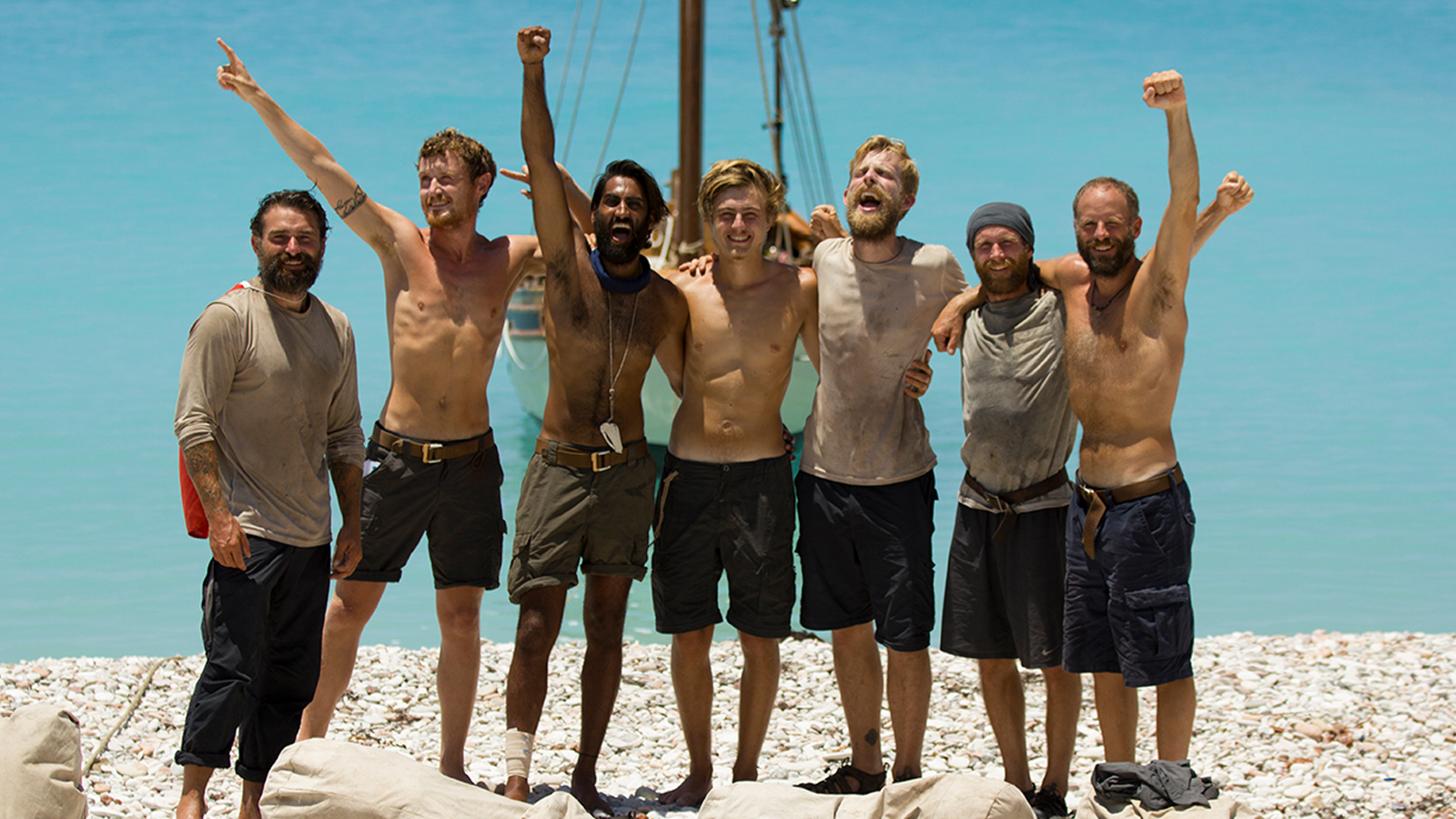 Almost 230 years ago, Captain William Bligh and eight loyal men were forced into a 23ft boat and cut adrift in the South Pacific. His ship, HMS Bounty, continued without them. After this infamous mutiny, Bligh and his crew sailed through violent seas for 4,000 miles to land safely in Timor. Nine men are following in its wake in a detailed replica of the original boat to pitch themselves against history. We speak to one of the crew, professional sailor Conrad Humphreys, from his office in Plymouth after the journey, days before the documentary series launches on Channel 4.

Where are you right now, and how do you feel after your challenge?
I’m back in Plymouth, not far away from the place where Bligh was born. I’m actually looking across Plymouth Sound from my office window to the Hoe, where Bligh would have departed for many of his voyages, and thinking what an incredible opportunity it was to be on board this recreation. Hats off to Windfall Films and Channel 4 for giving us the chance to make a little piece of history come back to life.

Why did you decide to do this challenge? How did the idea come about?
I was first approached in October 2015 by Windfall Films. They approached Rob Coldstream from Channel 4’s specialist factual unit, who commissioned the idea. Windfall were looking for a professional yachtmaster and someone with experience of traditional navigation to be on board as a safe pair of hands. I spent several months before the voyage with Sophie Todd, the series editor, talking about the practical elements of how we could recreate this voyage with a group of non-sailors, and what training and equipment we would need to pull it off. The replica boat was built in Richmond, Surrey, and then commissioned here in Plymouth. When I first set eyes on the boat, I knew that I wanted to be on board. Boats, especially wooden boats, have a habit of doing that to me.

What did you hope to achieve? What was the key aim?
I hoped we would do the story justice. Bligh’s voyage has been the subject of many films and documentaries over the years and also his leadership has been a key feature. This was a modern-day recreation with a cast of people that you would not normally expect on a challenge of this magnitude. My job was to navigate and support Captain Ant, to make sure we kept on course and arrived safely in Timor. This wasn’t easy – and when we arrived at the start in Tonga and met all together for the first time, I realised how big a challenge this would be. Looking back at those early sailing days, I realise just how audacious and reckless this trip was. Bligh’s men were left for dead and no-one expected them to survive. Most of his crew died within weeks of arriving in Timor.

What were the biggest challenges?
There were several. In fact, everywhere you looked on this journey there were challenges, from the production team, logistics and safety through to people, leadership and team dynamics. It was a huge undertaking and a multi-million-pound-budget programme to make. Our part on board the Bounty’s End boat seemed like the simple bit. The biggest challenge is down to people, and when you are cast adrift with barely enough rations to survive and less than a metre of space to lie down in, tempers fray. Bligh used a cutlass to keep command and I’m sure on more than one occasion.

What were the scariest moments?
At sea my biggest fear was navigating onto a reef at night or, worse, losing someone overboard and not being able to pick them up. We practised capsizing the boat at night and ran through every circumstance imaginable. Thankfully we didn’t face any tropical cyclones, which can develop quickly in that area, but we did have some terrible weather which took its toll physically on everyone onboard. I think the single most dangerous moment we faced was dehydration. Bligh left during the wet season and seemed to experience more rain than we did. At one point we got dangerously dehydrated, which gave me concerns for people’s long-term health.

What surprised you most during your journey?
The distance that you can cover in such a small open boat. History is littered with survival stories of people spending long periods adrift at sea, but we sailed the equivalent distance from the UK to Brazil in a boat that the MCA coded for being no more than three miles from a safe haven and in daylight only! That’s over 4,000 miles, and this tiny boat survived everything the sea threw at her. When we arrived in Timor, the relief for the guys was enormous and tears rolled down everyone’s cheeks. I remember looking back at this little wooden boat thinking ‘bloody hell – she’s only gone and got us here!’

What was the most important thing you learnt?
Followship. It’s a word we don’t often hear in today’s corporate culture, but if I were to sum up this challenge in one word, it would be followship. I was not Captain Bligh; Ant Middleton was our leader and he showed tremendous courage taking on this voyage with only limited sailing experience. He was an incredible leader, who knew how to look after his men, and in return, my job was to support him and show true followship. This was the first time I’ve taken on that role – normally I lead – but I loved working with Ant and supporting him as our leader.

What was the most useful piece of kit?
I would have to say the sextant, because it provided me with a method to calculate our position from the sun. Navigating using traditional methods is not easy in a tiny little boat, and trying to snap the horizon and calculate the angle to the sun when you’re tired, hungry and dehydrated was far from easy. Like Bligh, I also used other elements to help position the boat, like spotting wildlife close to land, seabirds, and also some of the large volcanic islands on the horizon.

Has the kit since Bligh’s day significantly improved, or is does it still depend on the skill of the user?
In today’s world we no longer use the sun or stars for navigation, it’s all done by GPS, so the question navigators ask is ‘where do I want to be?’, rather than ‘where are we?’. Technology enables us to see into the future and plan our strategy. I’m sure Bligh dreamt about the future, arriving in Timor and receiving a hero’s welcome for executing arguably one of the greatest feats of navigation and survival in British history. Sadly history remembers him as something of a villain, and yet he was certainly the best young navigator that the British Navy ever produced.

To someone hoping to embark on their own expedition, what advice would you offer?
I’d sit in a pub, or next to your favourite spot and ask yourself where do you want to be? Imagine what it feels like to have arrived and then plan backwards from that place. Also I’d find someone that you can share your adventure with – its much easier with two and a lot less lonely.

Finally, if you could go back in time and tell yourself something as you were setting off, what would it be?
I’d say to myself that the finish line is not far way, so enjoy every day as if it’s your last – because when you complete your journey, you’ll feel some sadness that it’s all over to soon.

How long each day did you have to wear your lifejackets? When…